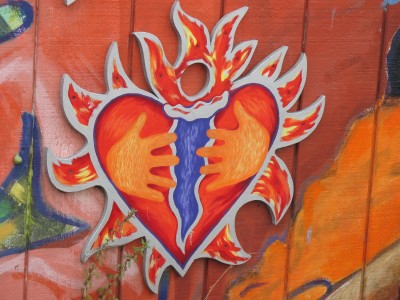 A client, a husband and father, sat in my office, reflecting about the steep decline that had occurred in his ten-year relationship.  “It’s unbelievable… completely unbelievable! How did we ever get to this point?!”

Kari and Michael had married in their early 20’s.  Two outgoing, fun-loving people, they had considered each other “my best friend.”  Kari became pregnant within months of marrying, sooner than either intended, but as children had always been a part of their dream together, they welcomed their new baby.  A second pregnancy came when the first was just seven months old. Soon they were the parents of a 14th month old little girl and two precious twin infant boys.

Michael sought out a better-paying job and found one out-of-state.  In moving, they left a large extended and supportive family network.  But being young and adventuresome, they looked forward to living in an entirely new part of the country.

They moved from a warm, sunny climate to the grey, damp Northwest.  Michael’s job required that he work long hours. Kari had her hands full with three toddlers while trying to paint, remodel and nest within their new home.   Michael had no time or energy to help her when he came home. He buried himself into his computer, working, often not even hearing her requests for assistance with the children.

Kari, feeling isolated and lonely, fell into a depression.  Michael described it this way, “After moving here, she changed.  The way she talked to me, always nagging, always complaining. Nothing I did was ever right.  This was not the woman I had married.”

Kari began an affair with the husband of one of the few couples they had come to know and socialize with together.  That’s what brought them into my office: Kari deeply remorseful and aghast at what she had done; Michael, stunned, hurt, and angry.  Despite the deep gash the betrayal cut into their bond, both were committed to rebuilding their marriage.

Kari accepted full responsibility for her choice to step outside the marriage for intimacy and closeness, betraying Michael, regardless of the state of their marriage at the time.  That piece fell firmly into her lap and she never sidestepped it. Michael was able to see his role in the demise in their relationship: he had hunkered down, making his job his top priority, closing Kari out.  He had assumed that their marriage would simply go on, with little or no attention. “I knew it wasn’t great between us, but I didn’t realize just how far down we both had let things slide.” The affair proved to be a startling wake-up call for Michael; an opportunity to create a stronger and more harmonious marriage, an opportunity for each to grow.

They stared at one another for a few, long moments.  I could see the wheels churning for Michael. Then he smiled. He got it. Something clicked. He reached out, took her hand and said, “I can do that. I know I can do that.”